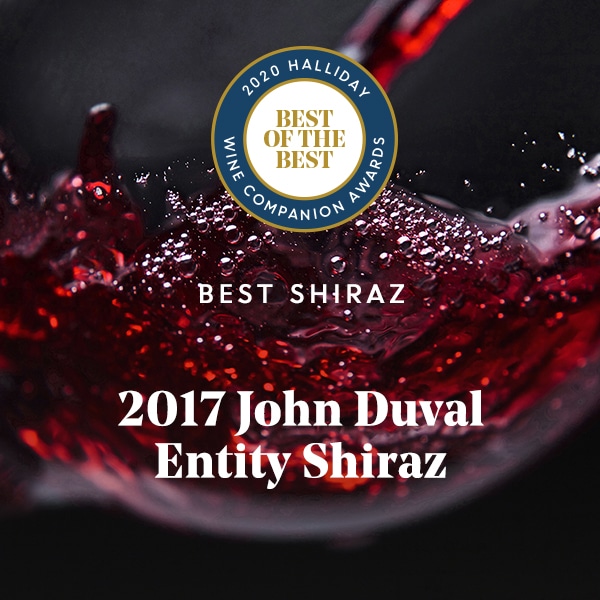 At last night’s Halliday Wine Companion Awards held at the National Gallery in Melbourne, our 2017 ‘Entity’ Shiraz received the award for ‘Shiraz of the Year’. The 99 point rating placed the wine in elite company, and being named Best Shiraz propelled it to the pinnacle of wines made from Australia’s signature grape variety Shiraz. The award marks another highpoint for our family business, and positions John Duval Wines amongst the great names in Australian wine. It’s an achievement we are exceptionally proud of, especially so considering Entity was just one of over several thousand of Australia’s best wines featured in the 2020 James Halliday Wine Companion guide.

Since the 99 point rating made news earlier this year, demand for the wine has been overwhelming and we and our many retail partners have sold out. (However, there’s no denying a determined search may yield a few rare bottles here and there.) As news of this new award spreads, we no doubt will once again be inundated with requests to purchase 2017 Entity Shiraz, stocks of which are now limited to our museum reserves.

Entity is always a limited production wine, and unfortunately the amount we typically hold in reserve will be in no way sufficient to meet every request. We have therefore decided the most equitable way of allocating some of this wine destined for our museum is through a new feature of our JD Wine Club. 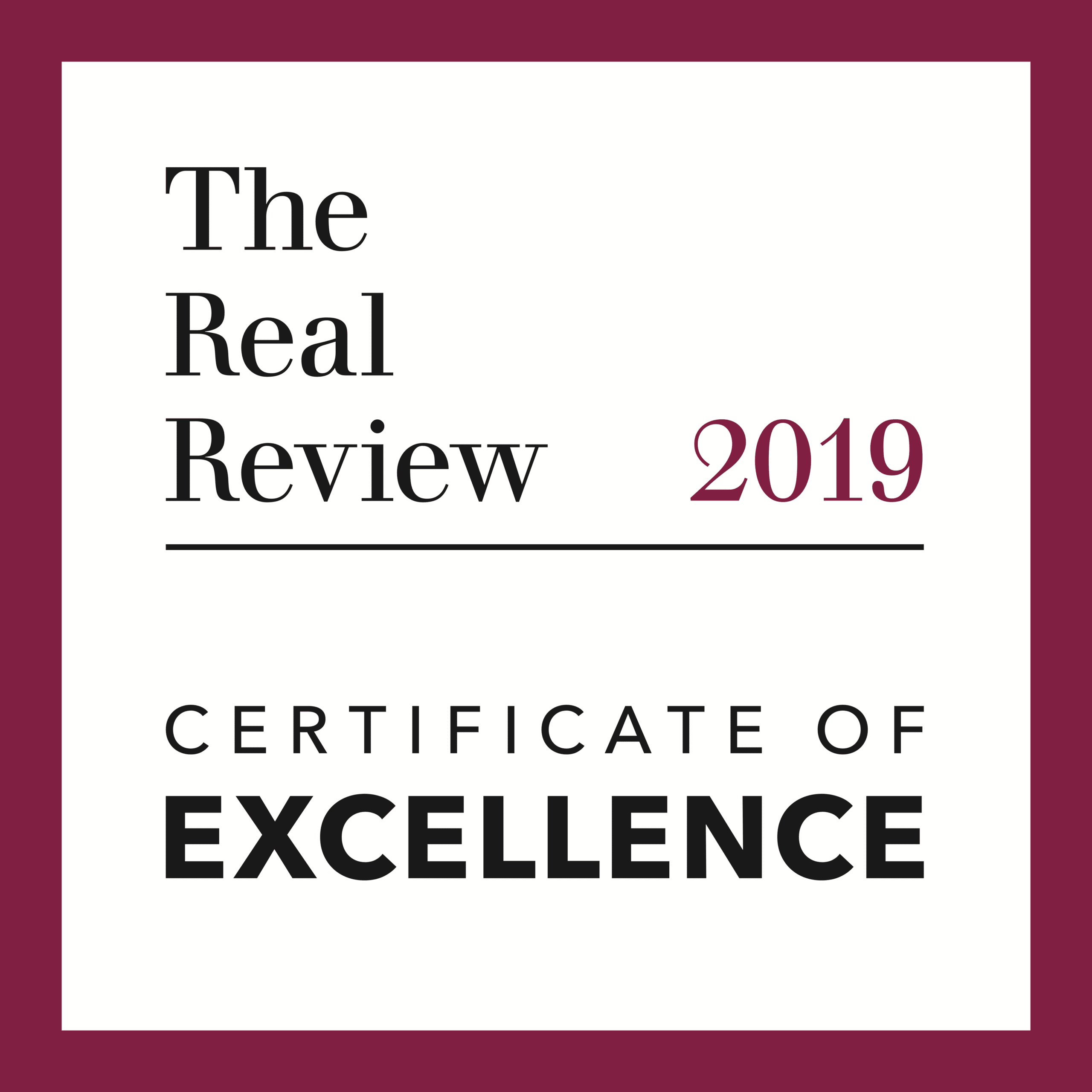 We are pleased to confirm that John Duval Wines has again been selected by Huon Hooke and the team at The Real Review as one of the Top Wineries of Australia for 2019.  On the back of some fantastic recent reviews we came in at #56 (up 100 places from 156 in the 2018 edition).

The full list makes for interesting reading and can be viewed here. 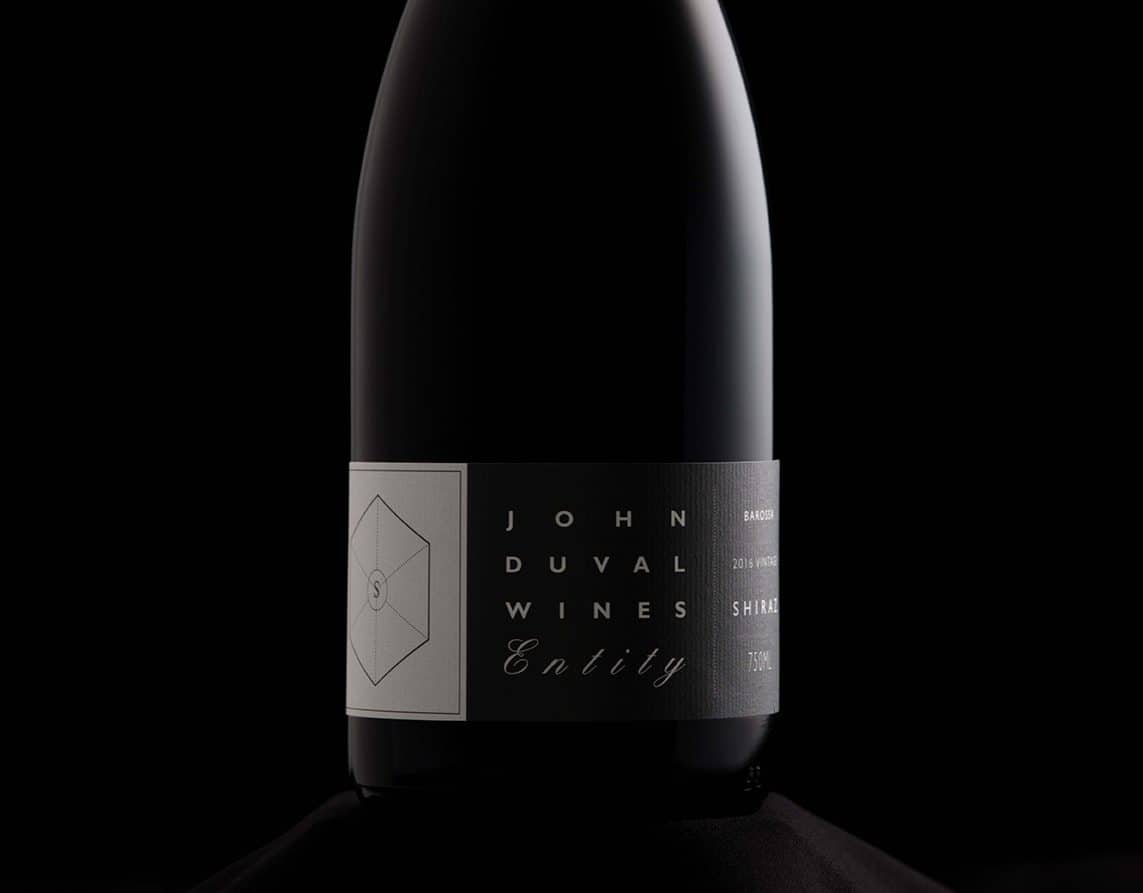 We have been fortunate to recently receive a fantastic review of our 2017 Entity Shiraz. James Halliday scored it 99 points in his review in the Weekend Australia 'Winter Warmers' feature, commenting "From old vines in five districts, fermented with submerged cap, matured in French oak (32% new) for 15 months. Complex and rich from first whiff, it doesn't waste a single berry of this great vintage. So much power, such elegance."

This is fantastic recognition for John's 46 vintages of Shiraz winemaking in the Barossa. 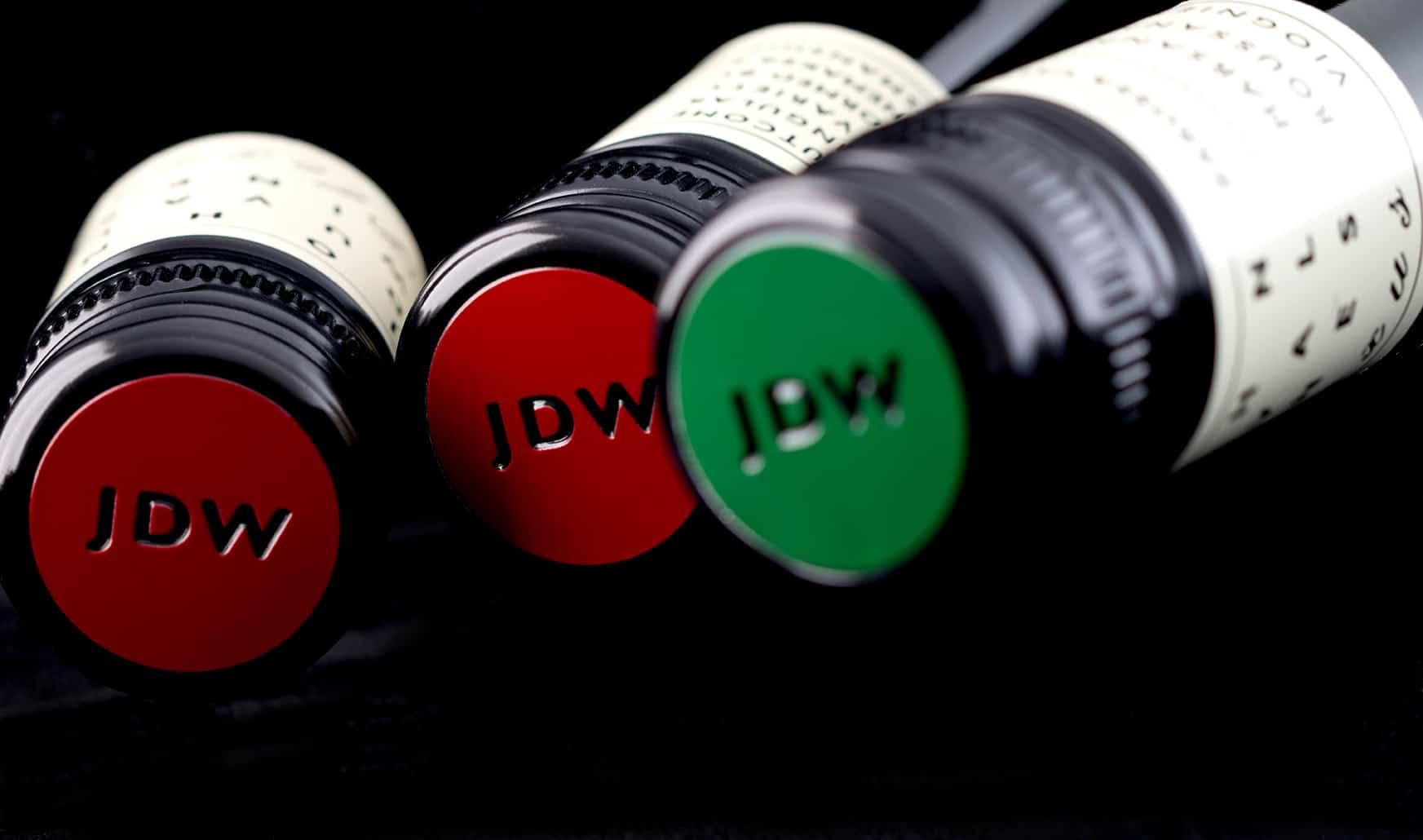 The 2018 vintage is well and truly done and dusted, with all our latest wines safely tucked away in barrel and tank to mature. Exceptional colours, vibrant yet concentrated fruit with plenty of structure on the palate, 2018 is already shaping up as a cracking year.

This year John celebrated his 45th Barossa vintage, and the 15th anniversary since leaving Penfolds to start our own family winery. Certainly 30 odd years with Penfolds wasn’t a bad apprenticeship when starting your own wine brand! There have been a whole host of highlights over the last 15 years. John recalls the lead up to release of the first vintage of Plexus as being one of the most stressful and nerve racking moments in his life (even more so than finalising the Grange blend for 16 years). Certainly his wife Pat can attest to this, but the wines have been well received, and on the whole, the move to making small quantities of wines from special vineyards in the Barossa has been a great ‘second chapter.’ And there is plenty more to come… 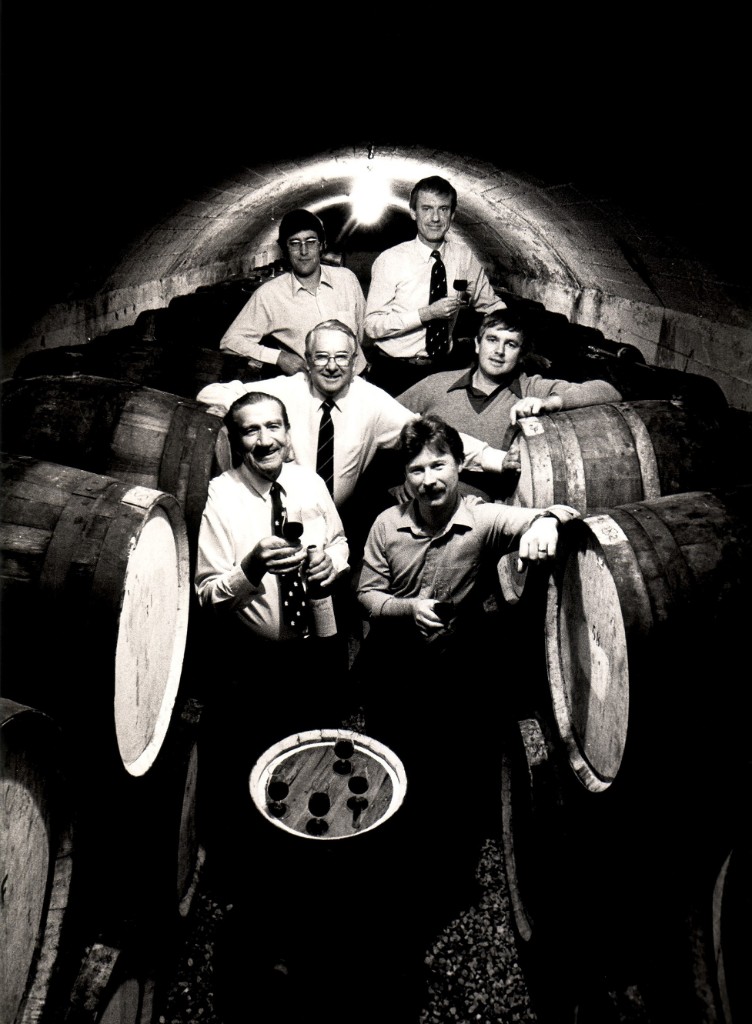 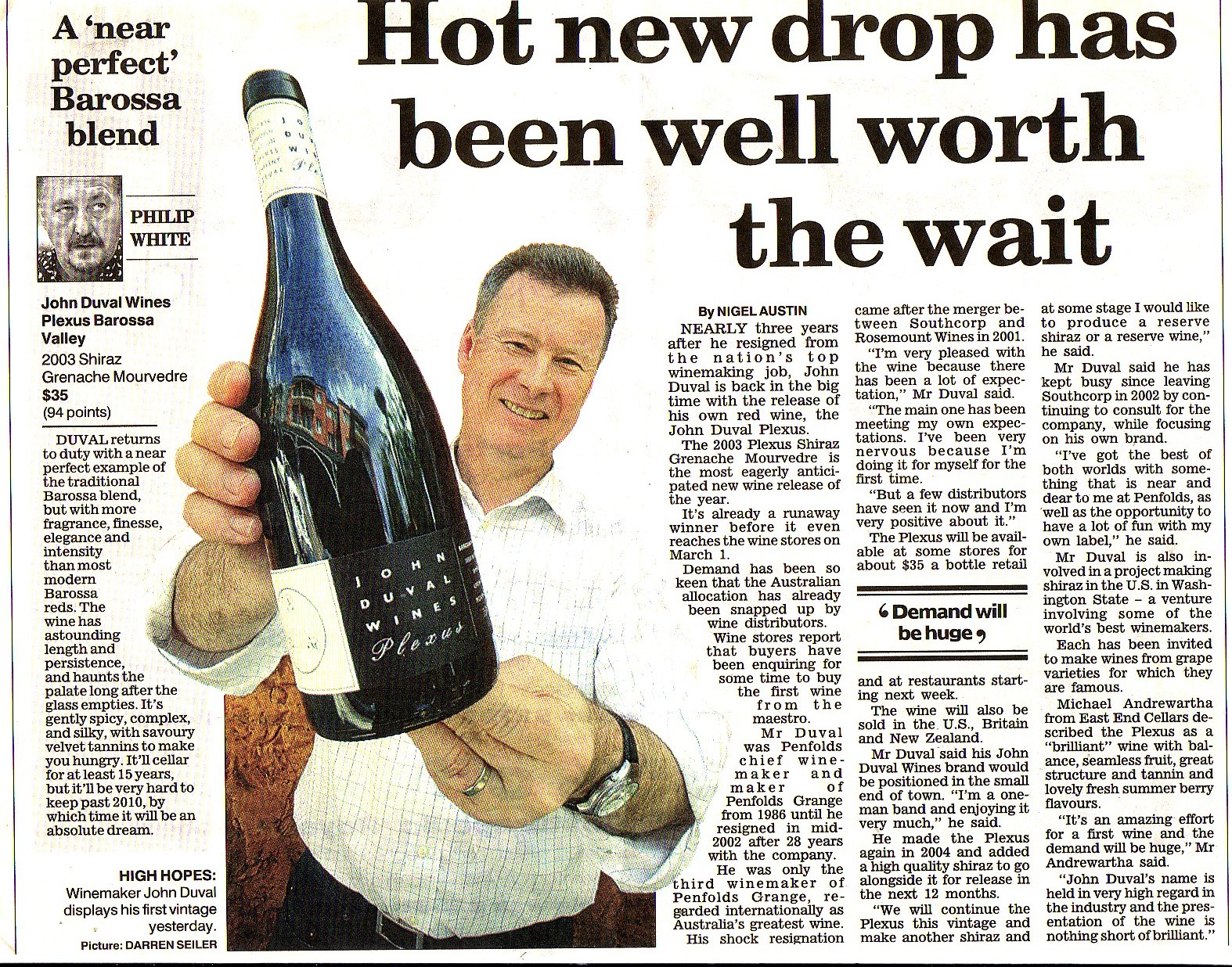 February 2005, front page of the Adelaide Advertiser and a great review to boot for the inaugural 2003 Plexus Shiraz Grenache Mourvedre 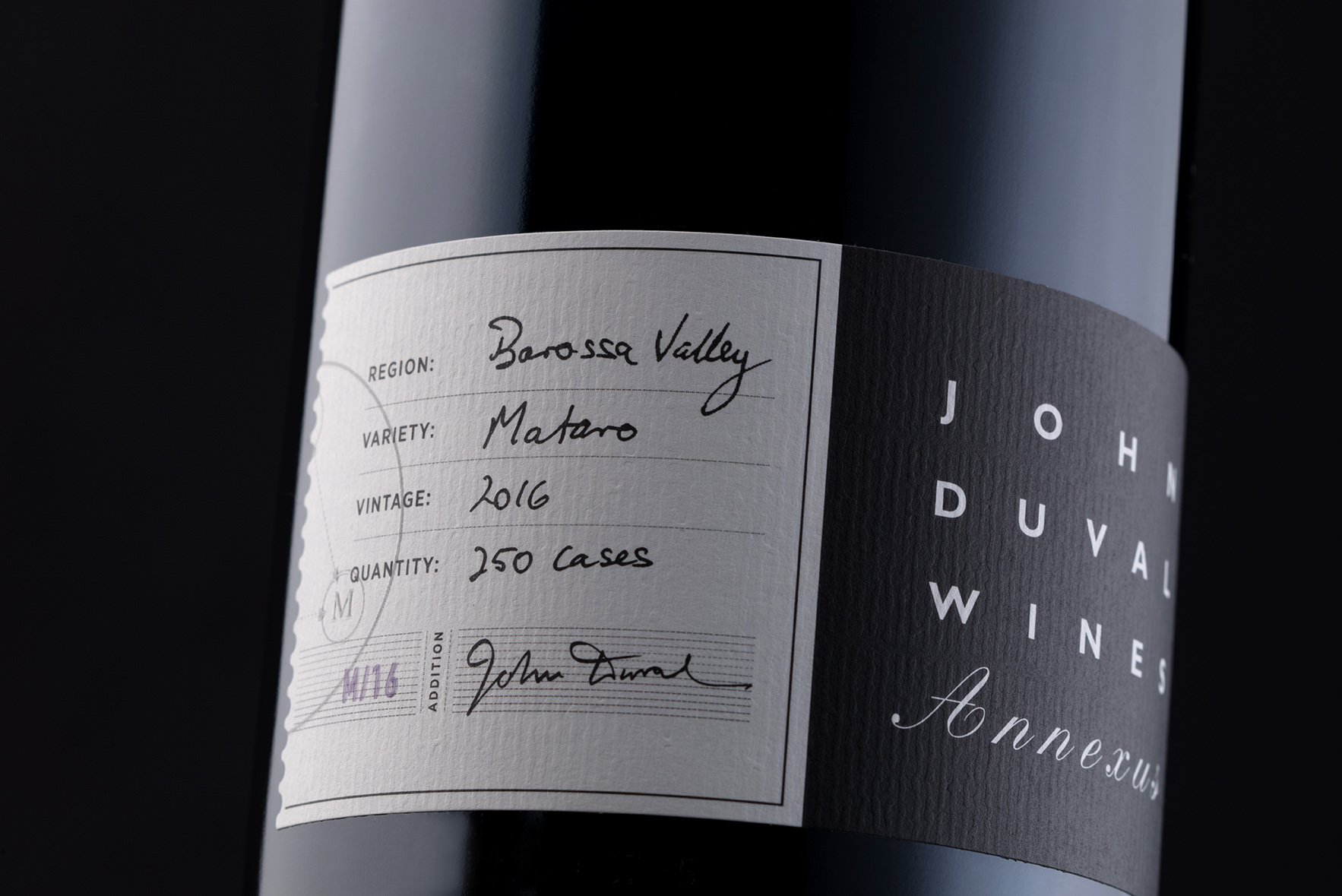 Since we released the inaugural Annexus Mataro in February, it has just about all been snapped up. A 97 point review from James Halliday certainly doesn’t go astray, but we’d like to think that it’s what’s in the glass that counts, and those 115 year old Mataro vines are certainly singing at the moment. We’d like to offer our loyal mailing list customers the last opportunity to purchase our remaining twenty six-packs. Similarly we are down to the the last twenty six-packs of the 2016 Annexus Grenache, so if you haven’t tried the latest release 2016 we encourage you to take a look.

Here’s what James Halliday had to say about the 2016 Annexus Mataro:

97 Pts “The inaugural release, open-fermented and matured in French hogsheads (25% new) for 12 months. It’s a fool’s errand to nominate a drink-to date for this wine! Mataro is a notable age-worthy variety, and one made from low yielding 100+yo vines by a red wine master maker who held responsibility for making Grange for many years. The colour is beautiful, a deep, vibrant crimson, the bouquet complex and rich, the palate with layer upon layer of mainly black fruits that keep their feet on the throat of any tannins trying to make centre stage.” James Halliday Wine Companion February 2018

….and Lester Jesberg of Wine Wise in respect of the 2016 Annexus Grenache:

5 Stars “This is definitely not the typical Turkish delight Barossa grenache. The dark berry/raspberry fruit carries very pleasing complex notes that the French sometimes refer to as garrigue (herbs of Provence). The tannins are super-fine on the palate that is sumptuous but not heavy. A very special grenache.” Lester Jesberg Wine Wise June 2018 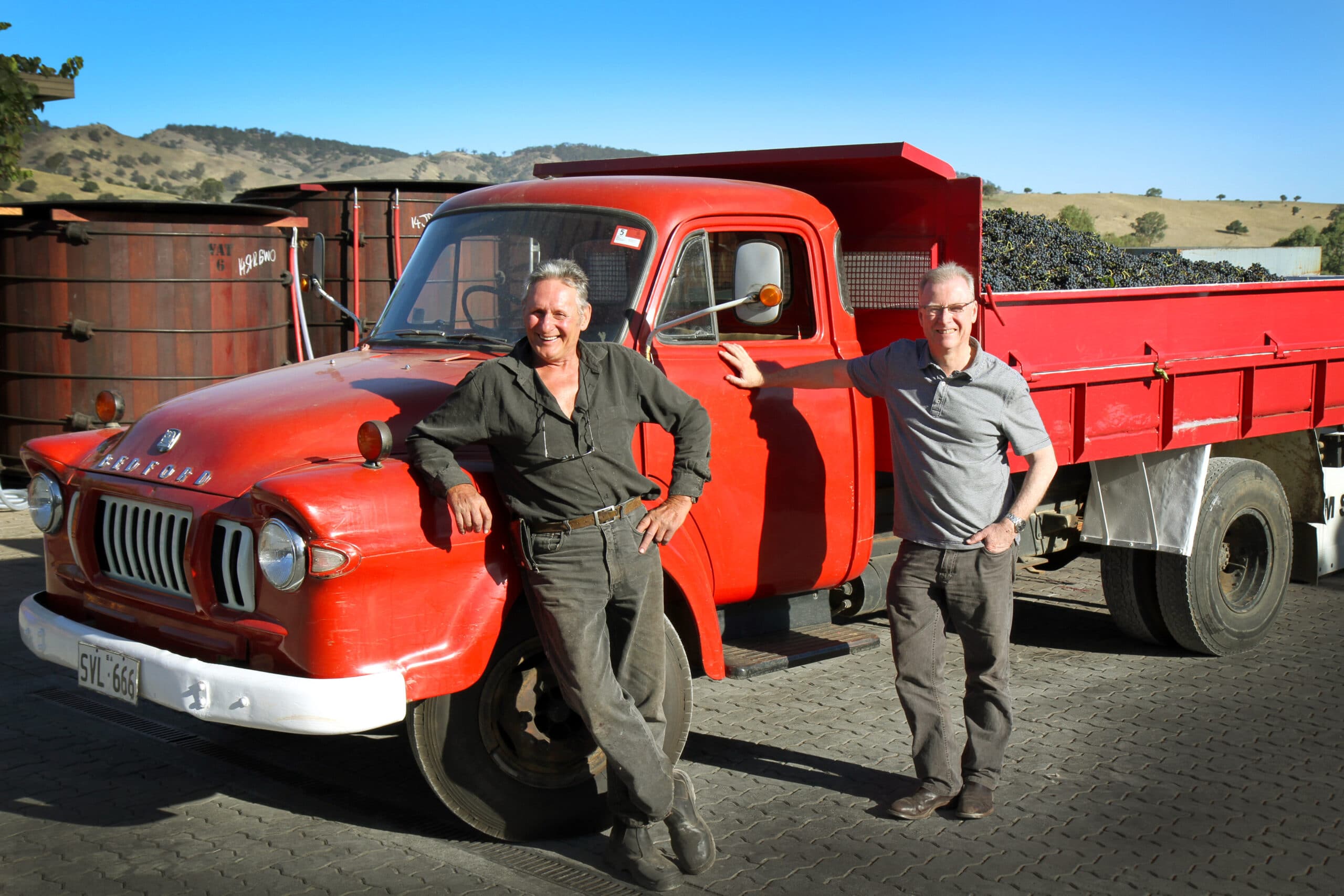 After 44 Barossa vintages (the 45th about to begin), John (with a little pushing from Tim) has finally decided to release a 100% Mataro. Think about that for a minute… that’s a lot of experience tasting amazing old vine Mataro, assessing quality and style before taking the plunge with a straight release.

What changed? Well, in 2016 we were very fortunate to receive some perfectly timed rains in late January / early February. These rains helped to break up quite a hot start to 2016, slow down ripening and allow for more flavour development.

The rains were a godsend for the amazing 115 year old, dry grown Mataro bush vines we have the privilege of utilising. The vines were in fantastic condition leading up to harvest and fortunately yielded enough fruit with great concentration and structure to bottle the inaugural Annexus Mataro.

The vineyard in question is a single site located in the Barossa Valley parish of Light Pass. This is an area in the Northern end of the Valley, a few kilometres out of Nuriootpa. The old, gnarly bush vines do it tough, growing on very sandy soils without any irrigation.

The vineyard is steeped in history, with John first dealing with the original owners, the Scholz family, in his Penfolds years. Undoubtedly the site contributed to some pretty special fortified wines over the years, and it is with a sense of pride that we are now able to finally recognise the history and pedigree of the site with its own bottling. 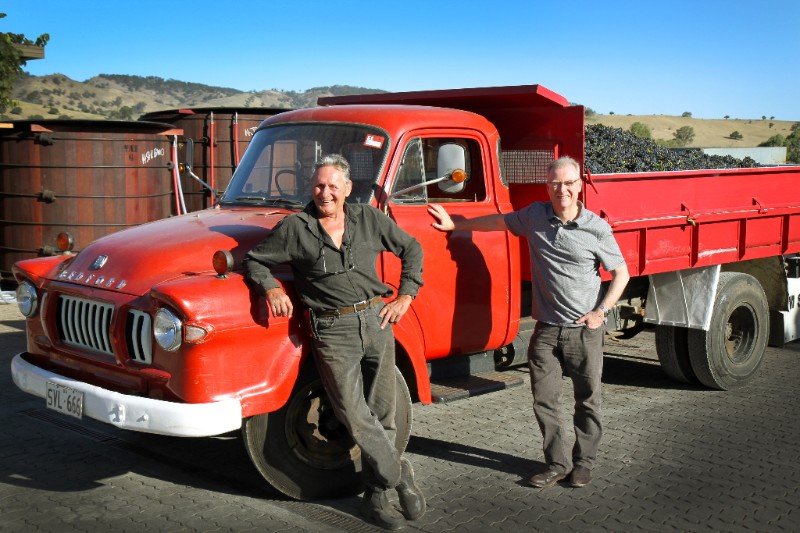 Before we officially release the Mataro to our distributors, we’d like to offer our loyal mailing list customers the first opportunity to snap some up! Similarly to our Annexus Grenache, quantities are very limited – we’ve only made a total of 250 cases all up – fruit of this calibre from 115 year old vineyards is hard to come by….

2016 was an excellent year for Mataro. It is an richly layered, spicy, complex expression of old vines. Vibrant, bright purple in colour it has amazing concentration of flavour without being overtly heavy. The 2016 is quite seductive on release with its array of rich dark fruit and lifted spices. It has all the right ingredients, in particular wave after wave of mouth coating tannins, to age gracefully for many years to come.

We’ve also extended member pricing to our other wines during this time, including the brand new release of our flagship Shiraz, Eligo. The 2014 Eligo sold out in quick time after receiving some lovely reviews (including 97pts from James Halliday). The 2015 Eligo is a very worthy follow on, destined to become a classic. It is perhaps more seriously structured than the 2014, and has amazing layers of silky dark fruits and a long generous palate. 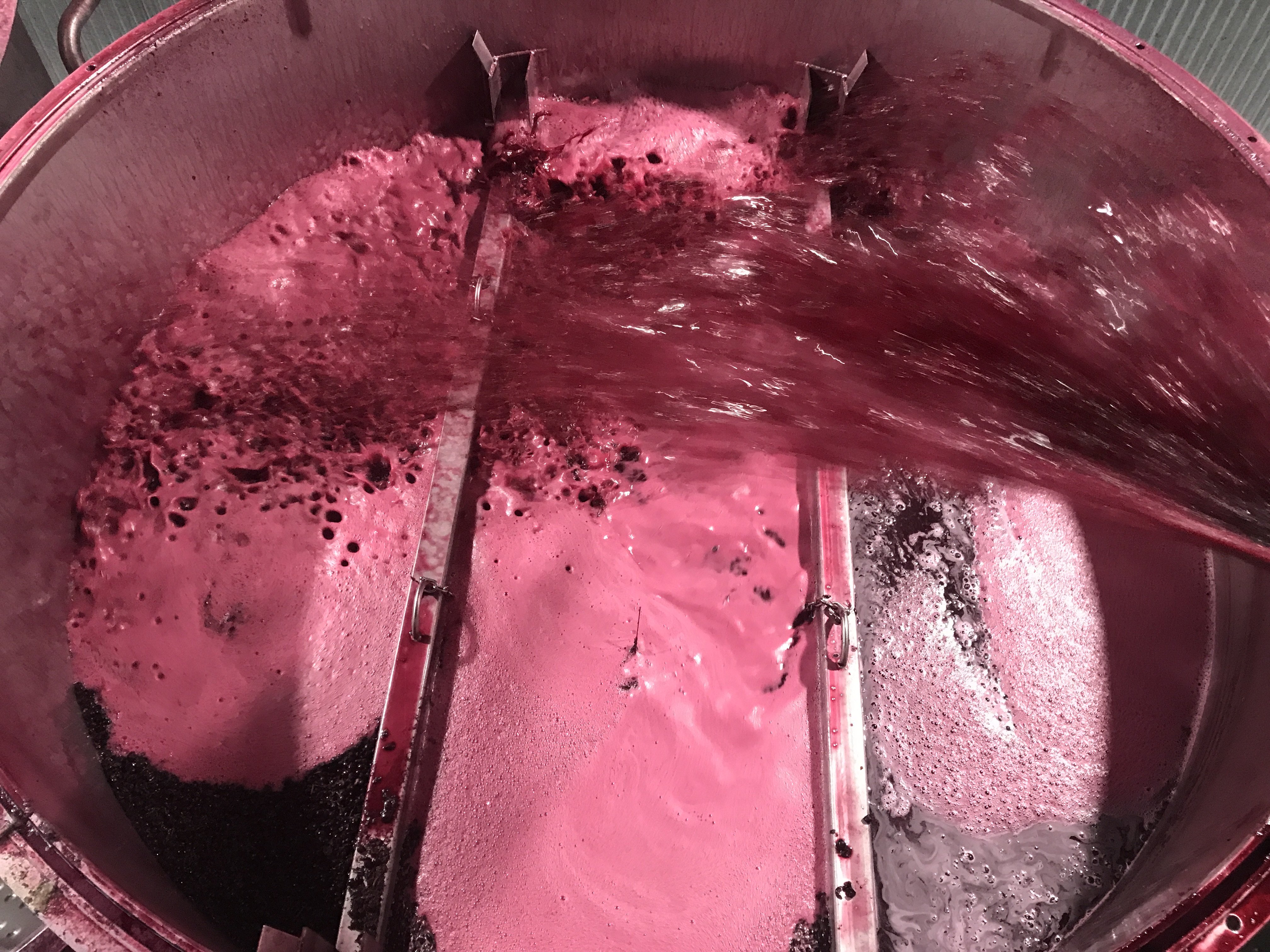 As this update goes to press we have just kicked off the 2018 vintage with some Marsanne from Stonewell (a little area just out of Tanunda before Marananga). This Marsanne is destined to become a component of the 2018 Plexus White.

The next few weeks will be a critical stage of ripening for most of our Barossa Valley Shiraz. We’ll be spending a lot of time out walking vineyard rows, tasting berries and chewing skins in order to try and catch the grapes at optimum sugar and flavour ripeness. 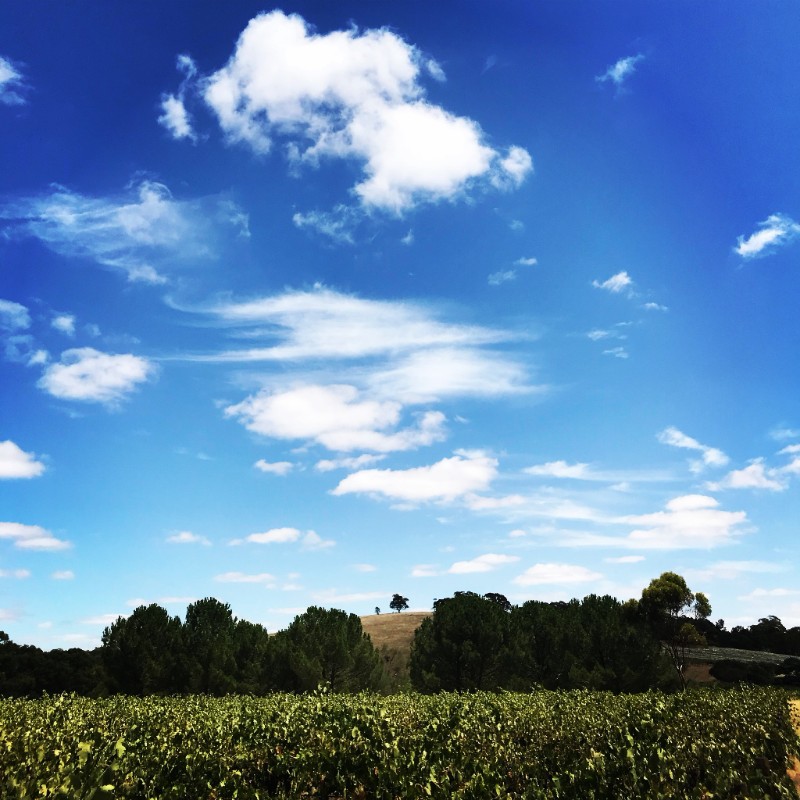 Looking west from Les Fenson’s Marananga Shiraz vineyard, likely to be our first Shiraz pick. Here’s hoping for more days like this for the rest of vintage 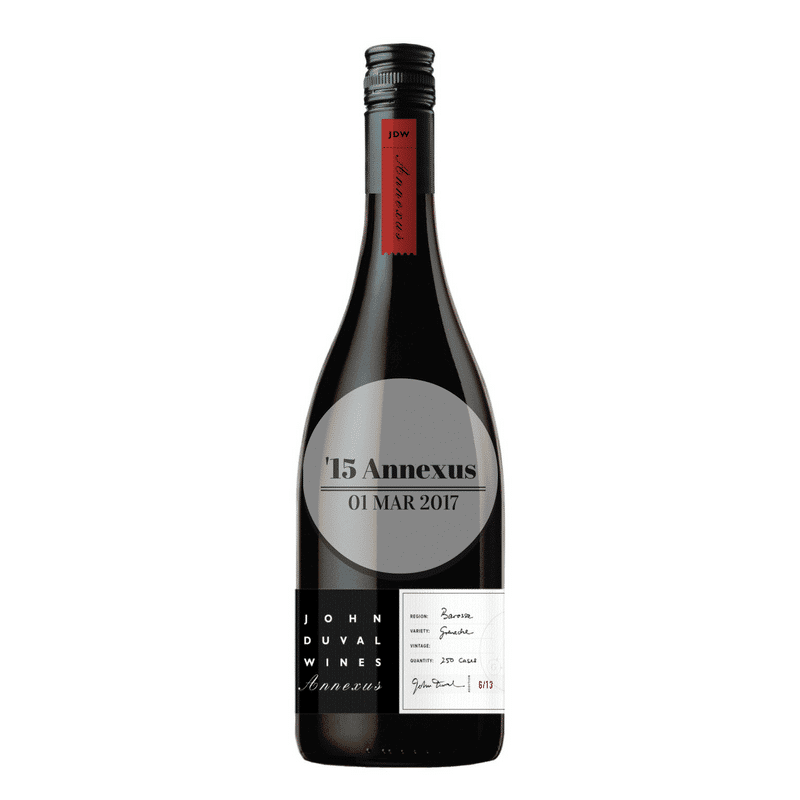 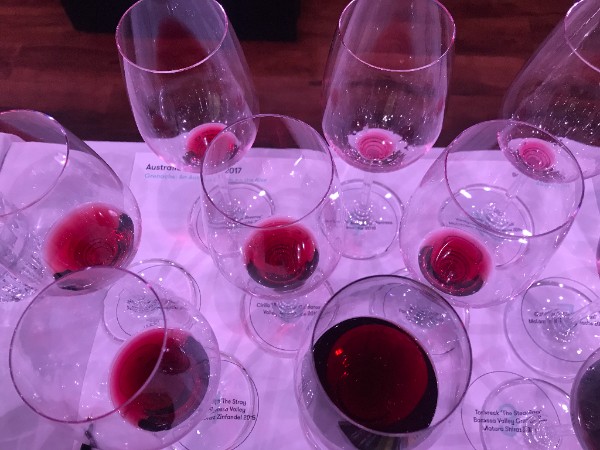 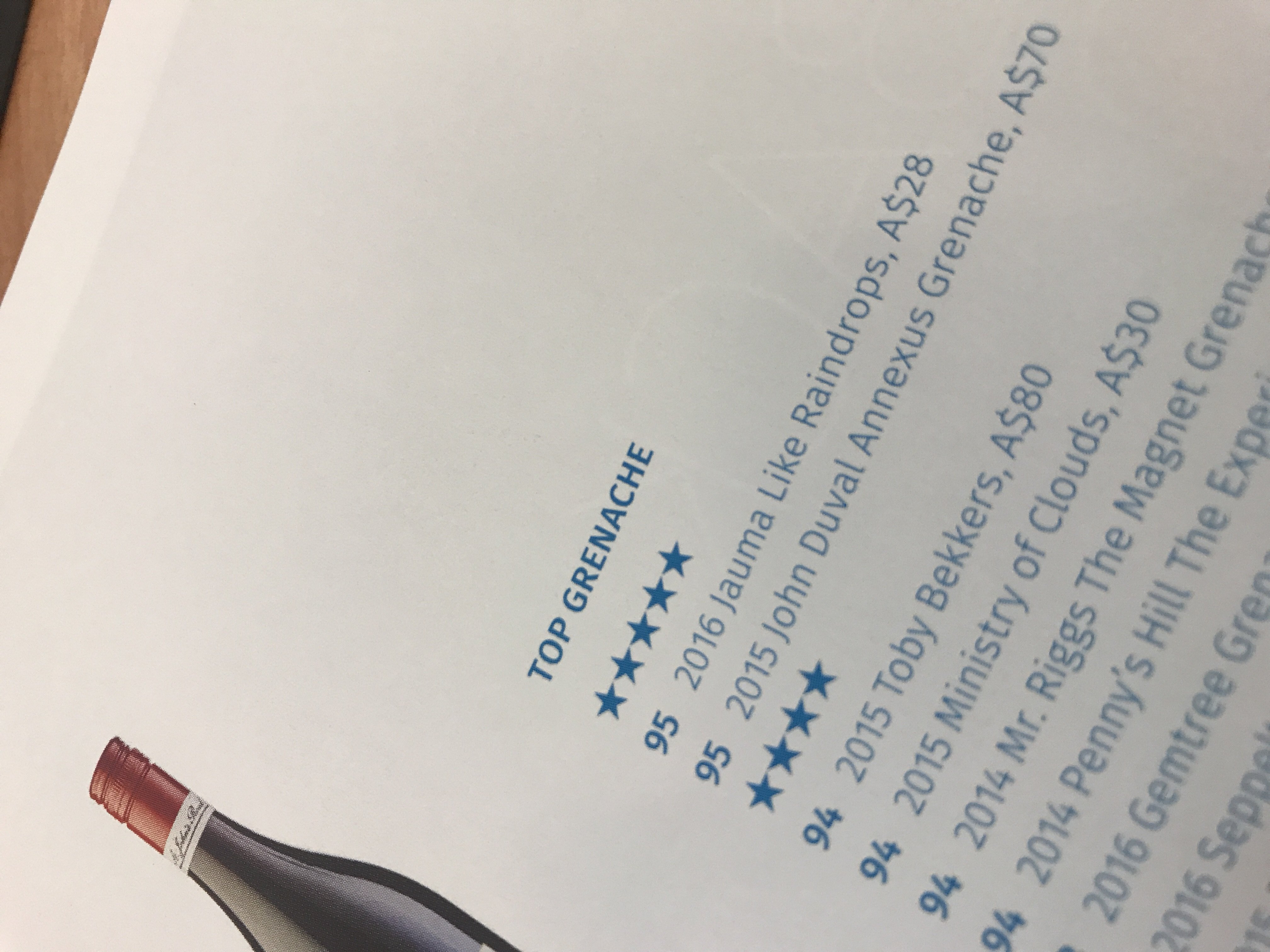 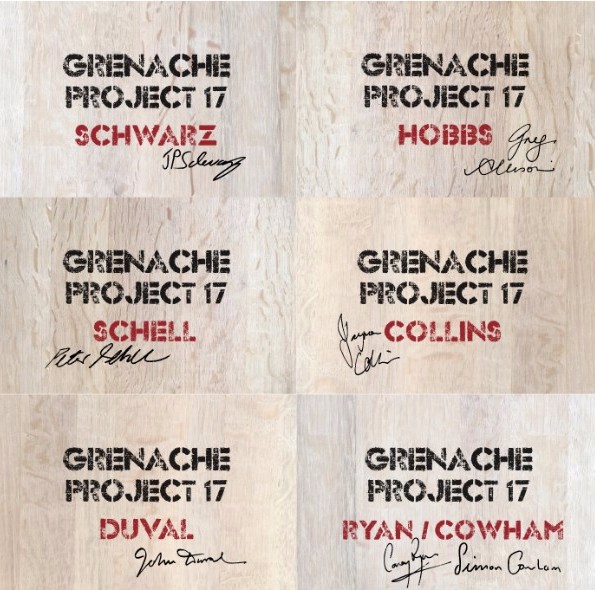